Born in Hamburg Germany, Rebecca Robinson’s initial years were spent on a farm surrounded by country life. Her curiosity and passion for the natural world began when her family moved to Zimbabwe Africa, where she was surrounded by exotic creatures.

Her family then moved to America where she developed a fondness for art. The garage storage shed was christened “The Bug House” and her affections soon grew to include all creatures great and small. Tadpoles were released as frogs, caterpillars metamorphosed to butterflies, injured birds returned to the wild and her pencil and ‘artistic eye’ became sharper.

The constant pursuit of following her passions for nature, art & travel have led to a varied and unconventional lifestyle. A decorated professional at ‘wearing many hats’ - natural science illustration, fine art, photography, graphic design, cartography, jewellery, publishing and retail. Her life has certainly never been boring!

She has now settled in Australia’s island state, living and working between Tasmania's beautiful East Coast and Hobart.

Rebecca’s work is driven by a deep connection to and respect for the natural world. Artwork that strives to communicate the complexities of nature, to engage, inform and inspire while delivering an underlying message - The fundamental responsibility we have as a species for the care, conservation and sustainability of our natural environment. 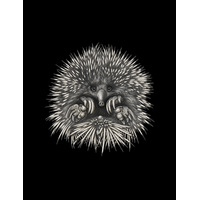