Recently, I was fortunate to travel the coast of Maine, USA and visited a number of Lighthouses that have been built along the extremely convoluted coast of that region.  It was, for someone totally passionate about Lighthouses, a rich and wonderful experience.  Lighthouses in Maine  are very different to those in Australia that I have visited, so it was a most interesting tour.
Reading the history of Maine Lighthouses brought up some very interesting facts about the number of women who tended the lights.  In Australia, such appointments were rare.  In the mid 1980’s, Marlene Levings was the first and only female Lighthouse Keeper to be appointed (upon the occasion of her husband having sustained a severe injury) at Currie, King Island off Tasmania’s North West tip.
In America, things were very different.  In 1776 Hannah Thomas was appointed to Plymouth Lighthouse at Gurnet Point, Massachusetts, giving her the distinction of being the first female Lighthouse Keeper in American History. She held that posting for 10 years.  Many women served as temporary keepers for a few months during a spouse’s illness or after their death while the Lighthouse Service searched for a replacement.  However, records exist of some 142 American women who were appointed to the post in their own right.  But rarely did they apply for the position, it was rather for the reason stated earlier that their appointments came about.
Some rather notable women, for their length of service are:-
Abbie Burgess Grant at Matinicus Rock Light Station,1853-1872, and at Whitehead Light Station, Maine, 1875-1892 (33 years); Kathleen A. Moore at Black Rock Harbor Light Station, Connecticut, 1817-1878 (61 years); Ida Lewis at Lime Rock Light Station, Rhode Island, 1857-1911 (54 years) and Harriet Colfax at Michigan City Light Station, Indiana, 1861-1904 (43 years).
I am curious whether women today would have the strength, courage and bravery to live such a life either as a keeper themselves or alongside their husbands on such remote, isolated postings.  As Marlene Levings wrote in her book Living with Jezebel (2015, Forty South Publishing), “To say I miss the life is the greatest understatement I could make. Every day was new and brought its own adventures and surprises, trials, hardships and the uncertainty of what tomorrow would bring.  I would not have missed one day.” What a glorious life it must have been.
Technical Data
Lighthouse: Portland Head Light, Portland, Maine USA
Keeper’s House: Bass Harbour Light, Bar Harbour, Maine, USA
Island: London Arch at Port Campbell, on the Victorian (Australia) coast along the Great Ocean Road).  The bridge, prior to its partial collapse was accessible from the coast and people could cross the naturally carved bridge connecting the eastern bridge and the mainland. When, in 1990, the section of the bridge that joined the mainland, collapsed (due to natural weathering from the wild Southern Ocean), two tourists were stranded on the outer span of the bridge until a police helicopter could be bought in to rescue the pair. Thankfully, no one was injured. What remains today is known as London Arch, an island.
Image file containing 99 layers is 6.98 GB.
Print Size is 21 x 21 inches or 533 x 533 mm)
This image is an original composition by Suellen Cook. All prints are Limited Edition, signed by the artist.
The images are printed with pigment ink on Canson Rag Photographique, a 100% cotton rag archival paper. These prints will last over 100 years and are amongst the most archival processes currently available.
Produced by fine art printers, Full Gamut.
Please note; Prints are made to order. Please allow 10-15 business days for production and shipping. Delivery times will vary with destination. 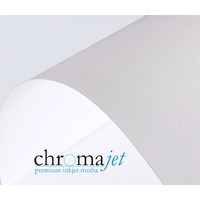 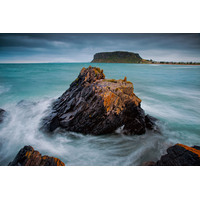