Griffiths Island Lighthouse was built in 1859 as a navigation aid at a time when Port Fairy was becoming an important trading port for western Victoria. It was constructed on what was then Rabbit Island, at the eastern end of Griffiths, from local bluestone by Scottish stonemasons. The internal stairway was constructed with each step being inserted in the next course of stone in the outer wall. The lighthouse was initially manned by two keepers. The last keeper to live on the island was there from 1929 to 1954, when the light was automated; the two stone keepers’ cottages were subsequently demolished in about 1956.
The low-lying island is about 1.5 kilometres long and 0.8 kilometres wide at its widest point, with an area of about 31 hectares . It was formed by lava flows from Mount Rouse, a volcano near Penshurst that reached the coast some 3–400,000 years ago. It is bordered on its northern side by the Moyne River. Originally a cluster of three separate islands – Goat, Rabbit and Griffiths. The island was named after John Griffiths, an entrepreneur and merchant from Launceston in northern Tasmania, who figures prominently in the early history of the area.
In rough weather, waves can crash against the lighthouse itself and over the stone path leading from its front door to where the lighthouse keeper's cottages once stood. When I visited Griffiths Island Lighthouse I was so overwhelmed by the vulnerability of this flat island with its lone building, the Lighthouse, despite it being quite close to the thriving coastal village of Port Fairy.  I spent quite a few hours wandering around photographing the Lighthouse from all different angles to try and capture the sense of isolation and vulnerability I could sense.  Climate change will not be kind to Griffiths Island and its beautiful Lighthouse.
I feel a sense of urgency to capture and document the majesty of the location, the exquisite architecture and how I felt being in the presence of this grand lady of Lighthouses.   For the Keepers of days long gone this place would have been quite isolated and the constant threat of stormy weather from the Southern Ocean ever present. But the Lighthouse has remarkably survived all that Mother Nature has thrown at it since its construction in 1859, nearly 160 years ago. I love this place; it is a very special Lighthouse indeed.
This image is my imaginative interpretation of how the Lighthouse might have been rebuilt following encroachment and potential destruction by the sea.
Technical
The image consists of 140 layers and 46 individual photographs.  The layered file is 11.2 GB.  As described above the Lighthouse is on Griffiths Island, near Port Fairy in Victoria.  The landscape is at Seven Mile Beach, Tasmania; the house was photographed in the township of Penguin, Tasmania, the jetty at Sommers Bay on the Tasman Peninsular. The Key is an antique key I collected somewhere on my travels…can you see it?
This image is an original composition by Suellen Cook. All prints are Limited Edition, signed by the artist.
The images are printed with pigment ink on Canson Rag Photographique, a 100% cotton rag archival paper. These prints will last over 100 years and are amongst the most archival processes currently available.
Produced by fine art printers, Full Gamut.
Please note; Prints are made to order. Please allow 10-15 business days for production and shipping. Delivery times will vary with destination. 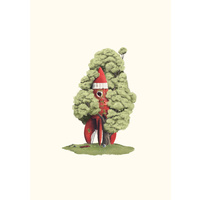 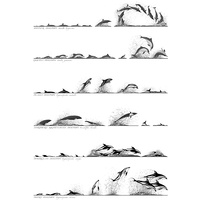 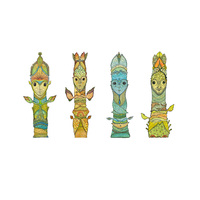 The Hazards from Wineglass Bay, TAS